Tonsser would like to welcome Alejandro Bedoya (Philadelphia Union) and David Bellion (Red Star) on as new investors and advisors.

David Bellion and Alejandro Bedoya achieved what every young football player dreams of. Both of them made it pro at a young age and were signed by international top clubs in the Premier League, MLS and Ligue 1. Decades after Bedoya is still active as a player following a successful career, whilst Bellion became the Creative Director of Red Star. Both of them have shifted their main focus from football to raising awareness as opinion leaders and activists. It is a huge honour for us to have them join and help us build Tonsser as a 21st century club.

“David and Alejandro are whole-hearted football passionates, who care deeply about improving the game. They have seen and experienced the struggle of young footballers and know how rigid the system can be. I feel lucky that Tonsser can now lean on their experiences and advise to create better conditions and opportunities for underrated players around the world.”

Right now Bedoya is the Captain of the MLS club Philadelphia Union. In 2020 he won the MLS regular season with Philadelphia Union with the youngest squad in the league and in August they tackle the semi-final of the CONCACAF Champions League.

Previously Bedoya played in the World Cup for the USA and turned out for several European clubs including Glasgow Rangers and FC Nantes before he returned to the United States in 2016.

The American is also known as an activist, who speaks out against gun violence and other relevant political topics. In addition to being an active pro in the MLS and an activist, the 33-year-old just became the Co-Chairman of the SeventySix Capital Athlete Venture Group.

Now he is excited to join Tonsser United to help aspiring, young football players around the world. ‍

“They [Tonsser] are creating this platform to find talent. The democratisation of soccer, of our beautiful game, is what Tonsser is doing and what kept me interested, intrigued and really had me hoping for a brighter future for many kids around the world, not just here in the States.” ‍

The French played for several Premier League clubs including Manchester United before he returned to France in 2006. Afterwards, Bellion joined Ligue 1 clubs Nice and Bordeaux. At 38 years old he is now the Creative Director for Red Star Paris.

At Red Star Bellion uses his creativity and visionary mindset to initiate attractive collaborations with big brands, shining a light on this club which is located in one of the roughest neighbourhoods of Paris. The heart of the former pro player beats for the neighbourhood kids and he is not getting tired of using his voice for all of the unprivileged but hard-working youth players out there.‍

“When I was a kid, to be a pro, we were told that there was one way, one chance. Today, Tonsser United keeps the dream alive to make it real, by making new rules. Tonsser United is about giving more control to football youth and I love that idea.”‍

Tonsser United fights to create a world where aspirational youth players are empowered to unlock their potential. No matter their background or where they are today. We do this by creating alternate paths for youth players who never had access to opportunities, been released by an academy, lost motivation or for some other reason got lost in the system.

We strive to secure more natural transparency, information and connection between clubs and players and decrease the dependency on intermediaries.

All of the above sits at the core of what Tonsser and Tonsser United are about, which you can read more about here. 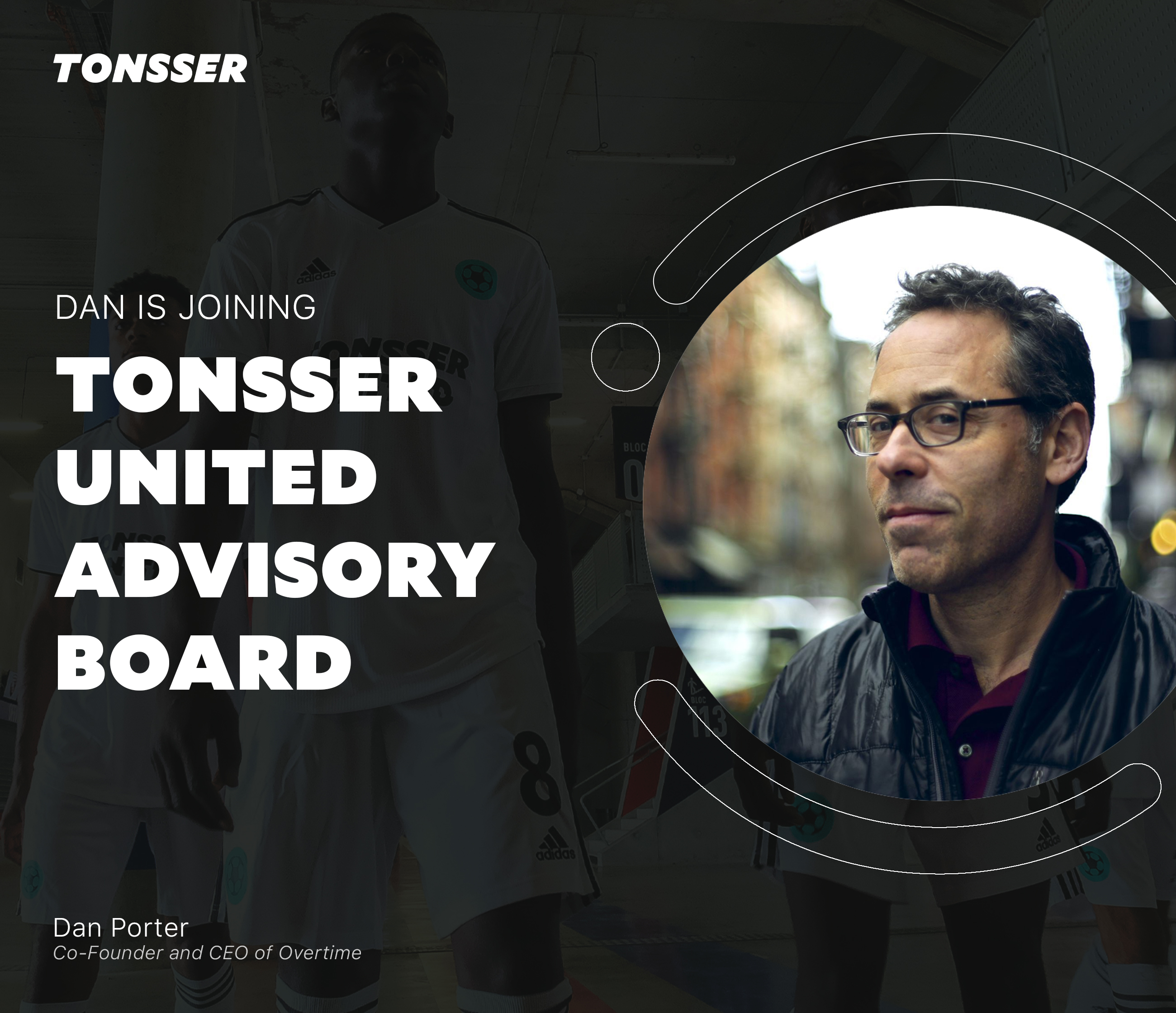