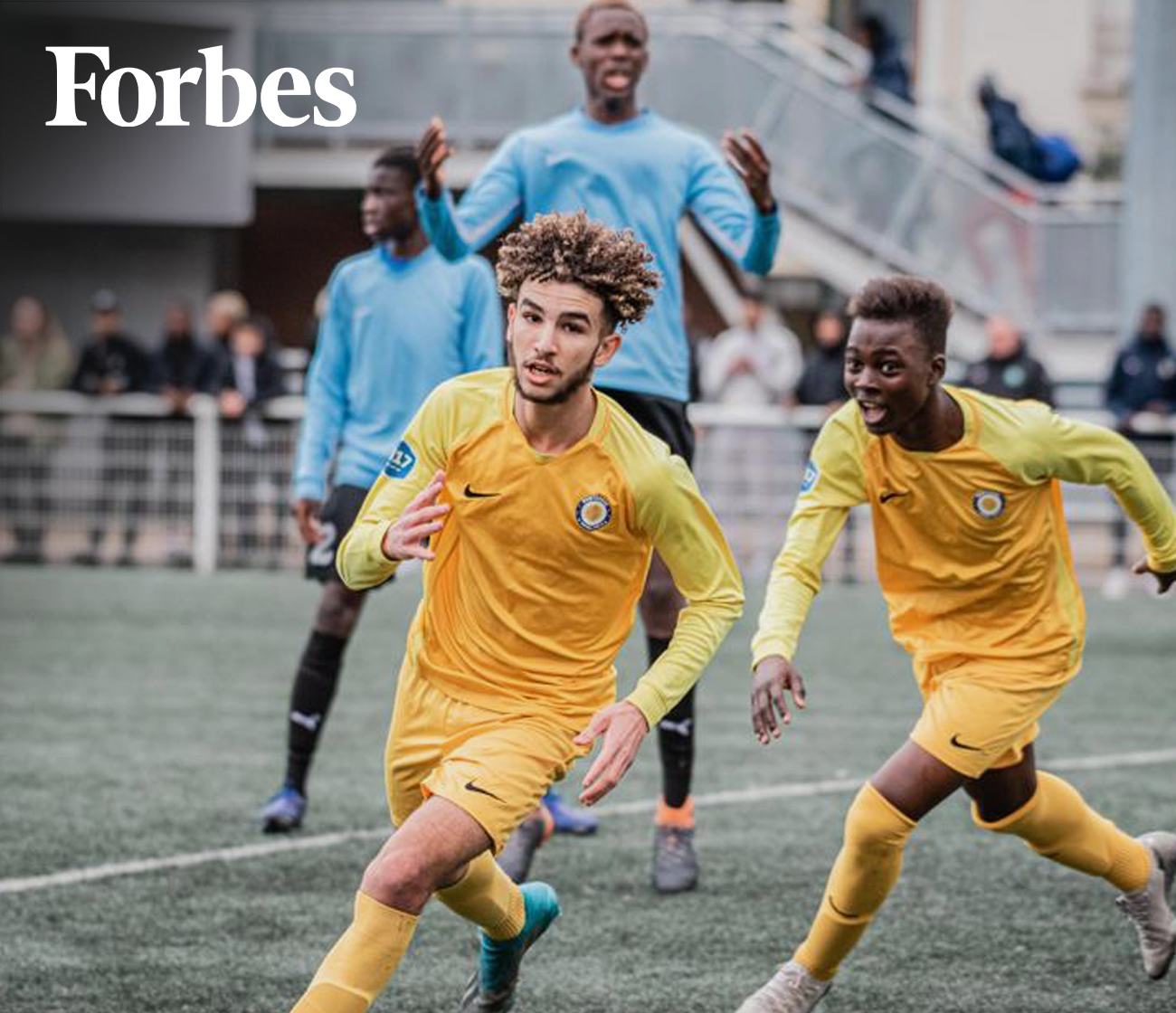 “I’ve been told that it’s impossible to sign for an academy,” Mahour says in a video chronicling his journey.

In June, against the odds, a now 17-year-old Mahour signed a two-year professional contract with Belgian club KAA Gent. His path to professionalism has not been the typical one young soccer players tread.

While most players are part of an academy at a professional club before turning pro, Mahour honed his skills playing street soccer with friends in Bonneuil-sur-Marne, a southeastern suburb of Paris.

For his unusual journey from amateur soccer to a pro contract with a top Belgian club in a matter of months, Mahour owes a debt of gratitude to an app.

Mahour’s performances for his amateur team saw him identified as a potential star on Tonsser, an app for youth soccer players to showcase their skills. Tonsser invites amateur players to track their own stats and performance, as well as upload videos of themselves playing.

Founded five years ago, the app is used by almost 1.5 million players aged between 13 and 19. Many use it for the social aspects it offers, like the chance to be named in the ‘team of the week’ in their league or be voted man of the match by teammates.

For others, like Mahour, the app provides a platform for players whose skills have been overlooked to attract a professional club

Peter Holm, CEO and co-founder of Tonsser, says the company works with “a selected group of clubs” who use the platform to find and attract undiscovered players.

“We believe where we can provide the biggest value is for those clubs who want to look in a different way and accelerate their youth strategies through technology.”

The clubs Tonsser partners with include Crystal Palace, FC Copenhagen, AZ Alkmaar and Paris-based Red Star, which invited Mahour for a trial before he was offered a contract at KAA Gent. In the last year, Holm says, more than 200 players on the app have signed to European academies.

With top clubs scouting players at younger and younger ages in an effort to find the next star, Holm believes there are several reasons some young players still fall under the radar.

“You can only be in one place at a time and with 100 million youth players around the world, it would be arrogant to think that clubs can follow everybody without using information at scale and the technology that’s available,” he says.

“We believe that the system that has been built so far has been to service clubs in a way that they follow players up through the ranks.

“If we look at England, for example, if you are outside the academy system you are labelled as not good enough. We believe there are so many reasons why good players might fall out of that system.”

A loss of motivation, injuries and a poor relationship with the coach are among the reasons teenage players may develop at different speeds.

“There can be a ton of reasons why players at 14, 15, 16 and above are not performing to what their potential might be,” Holm says.

“We don't talk about talent, we talk about potential. And we believe nobody knows the potential of an individual player until they are put in the right circumstances in the right environment.”

Another way players on the app are given an opportunity to impress is in youth tournaments. Tonsser organises a team of unsigned players on the app, who have never met, to compete in top competitions. Last year, Tonsser United held its own against the likes of Paris Saint-Germain and Juventus in the Vinci Cup, a prestigious Under-15 tournament that attracts talent scouts.

Such events are also important for the Tonsser business model. The company, which has raised about $10 million from investors, makes most of its revenue from club partnerships and sponsor agreements. Adidas, for example, sponsor the Tonsser United teams.

Holm says the app will remain free for players to download, with one of the company’s key goals to encourage amateur players to continue playing, and enjoying, soccer.

“There is a big trend of amateur players stopping at age 17 or 18. We want to give them a bigger incentive to continue by providing stats, video and other interactive elements they can share with the dressing room and the entire ecosystem,” he says.

“Some players might go pro, some might join an amateur club one level above their current one and some might continue to play at their current club. It’s about helping you to feel like a pro no matter what level you play at and to be the best you can be.”

Currently in nine European countries, with France its biggest market, Tonsser has ambitions to expand to other continents as well as take “a central role” in the growth of female youth soccer.

“We want to democratize football so you have equal access to opportunities no matter your gender, your age, where you play or how privileged your family are,” Holm says.

“We believe that our role is also to motivate players to show up for practice and matches and to make sure it remains fun.

“Our mission is to empower every youth player to unlock their potential.”